Military service in Israel has milestones that parents can sometimes share in. Everyone in Israel seems to know what they are, but for lone soldier parents often these opportunities to celebrate the accomplishments of your children come as a surprise. So if you need to make plans to take time off from work, or set aside a few shekelim to make the trek to Israel, it helps to know about the general timing of these events.

But let’s face it, this is Israel, which means the calendar tends to be fluid. Your best source of information is your soldier, this list will give you the general timing and give you enough information to ask your son or daughter about what might be coming. They don’t always know how much we don’t know!

These tekesim are planned ahead of times but often they don’t want to let the soldiers know the exact date. Our kids must “get their Israeli on” and really push their officers to give them a date, so that we can plan ahead. Your soldier is also entitled to a total of eight days off per year when they have parents in the country. These days must be requested in advance and you may be asked to provide your flight information in order for their leave to be granted.

This is basically the first draft notice your child receives after making aliyah. They also receive a special identifying code that they need to hang on to. At their tsav rishon they will have a personal interview, a medical exam, Hebrew test and a psychotechnical test to help determine their placement. This test may be taken in their native language.

These tests will result in a Kaba score — a rating that will play a role in determining the placement of your child. The medical profile is a score, which reflects health and indicates which jobs the soldier will be assigned. The profile score is given after an examine by an IDF doctor during the Tzav Rishon. Here’s what that score means:

21: Not fit for military service, but you can volunteer.

24: Temporary Profile – This means that at this point in time you are not fit for service, but that the status may change in a few months, i.e. you recently underwent surgery, or were in a car accident, etc.

97: Infantry, Gadzar/Sayerot (Special Forces), Air Force (fun fact – 97 is the highest score you can get, three points are automatically deducted because your soldier has had a brit milah)

Michve Alon is the army ulpan program and most lone soldiers will do their first three months of service there. If your soldier’s Hebrew is at a high level then they may only go to Michve for three weeks or not be required to go at all. This is a great place for your soldier to get to know other lone soldiers, and they may develop lifelong friendships with fellow soldiers they met at Michve.

While Michve does count towards their army service, it’s not “real” army (this is important to note because you don’t want to start worrying yet, there will be plenty to worry about later on and we need to pace ourselves!) During Michve your soldier will learn army terminology, do physical exercise and begin getting used to taking orders and figuring out what the army is all about. It has been likened to attending camp because the real work begins after the Giyus/draft.

There is a tekes siyum for Michve Alon which you can attend. However, if you are limited to the number of times you can go to Israel, this is not an important tekes. The exception is if your soldier is going to be in a day to day job (often referred to as a jobnik) and will not be going through basic training, in this case this may be the only tekes they have.

Those interested in joining elite units such as Egoz, 669, Shatetet etc. may be invited to participate in Yom Sayarot which takes place before their Giyus. This is a rigorous three-day tryout after which they may receive an invitation to join or do an additional gibbush for one of the elite forces units.

This is the day new draftees arrive at different points all across Israel to formally join the army. They arrive at a central gathering spot and board a bus to another gathering point where they receive uniforms, dog tags, and go through general processing. It’s a long day with lots of waiting and sometimes some confusion. Everyone gets identical packs with their uniforms and equipment and then they’re ready to go!

After the Lishkat HaGiyus, some applicants may receive invitations from Special Forces units within the brigade they drafted into (eg. Golani, Tzanchanim). This gibbush occurs after the giyus. These tryouts can be as short as one day or up to about a week.

This ceremony can take place anywhere from two to eight weeks after the giyus/induction. It often takes place at the Kotel but the location of the tekes can vary depending on the unit. At this ceremony they will be formally sworn into their unit and receive a gun and a Tanach. This ceremony is often live streamed, and if it’s at the Kotel, can be watched on the Kotel Cam. Even if you can’t be there in person it’s a very moving ceremony to watch, so have your tissues ready!

The Tekes Kumta takes place approximately seven months after the giyus and is generally considered to be the most important tekes. If you can only go to Israel for one tekes this is the one to go for. This tekes is typically preceded by a rigorous march (Masa Kumta) that can be anywhere from 20 – 70 Kilometers long. The masa/march can take place at any point in time, from two weeks before to the day of the tekes depending on the brigade you soldier is in. There are some brigades that allow parents to march the last few kilometers with your soldier (Golani for example) and some that do not allow it (Nachal is one example). The tekes kumtah is held at a place of significance for the brigade which is usually the memorial site for each brigade, i.e. Golani’s is at Tzomat Golani, Nachal’s is in Pardes Chana etc. Before the ceremony, parents and families gather with their soldier and bring food and drinks. As lone soldier parents it’s difficult to organize this from afar, so don’t feel like you have to, everyone shares and of course there’s always plenty. If you feel like you really want to contribute, consider bringing your soldier’s favorite snack or candy to hand out instead. At the tekes each soldier will be called up to receive their beret. Up until now they have had a generic green beret, their commander will replace that with the brigade’s color beret. For most soldiers this tekes marks the end of training and they will also receive their pin at this time, soldiers in special and elite forces will continue to train for at least another seven months so they will not receive a pin at this tekes. 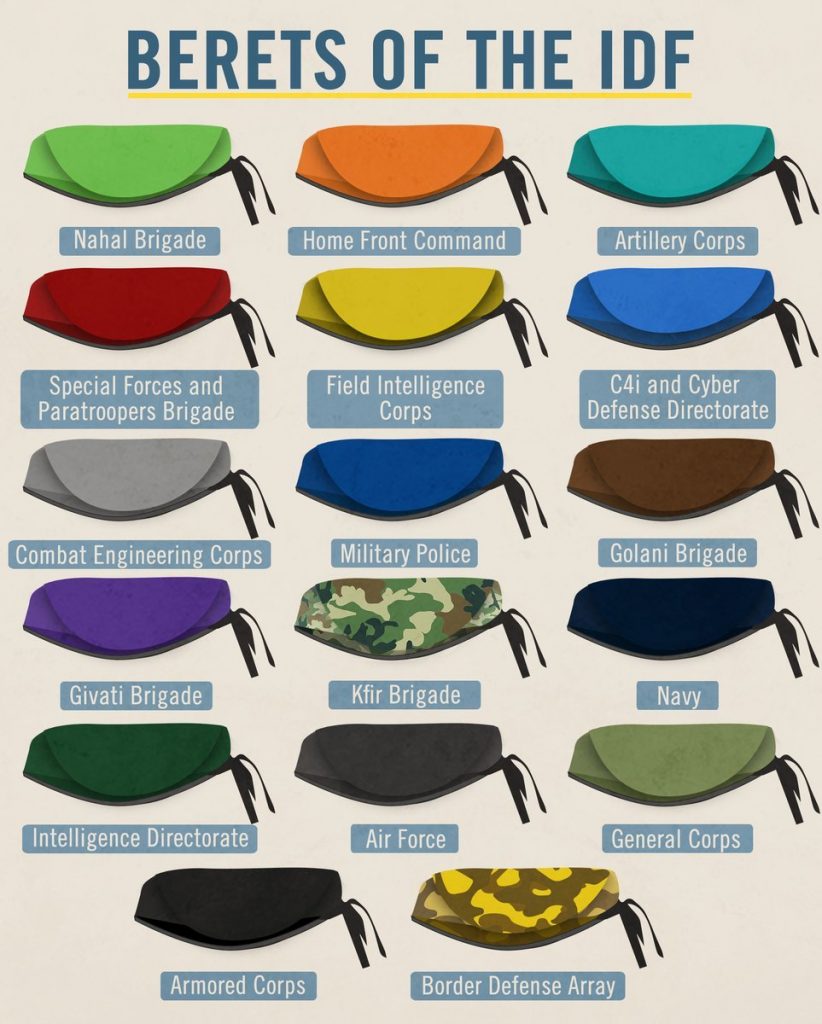 This tekes is generally for special and elite forces and takes place approximately 14 months after the giyus. The ceremony often follows another long masa and marks the culmination of their training. This tekes may or may not be open to parents.

There are a number of courses which culminate in a tekes. Course Makim -commander’s course, course katzin – officer’s course, course chovshim – medic’s course, to name a few. If your soldier is invited to take one of these courses, check with them to see if you can attend their tekes.